Outside linebacker Bud Dupree signed his franchise tender, the Pittsburgh Steelers announced Thursday. He will make $15.8 million in 2020, a figure arrived at by averaging the five best-paid players at his position.

Dupree had career highs in sacks (11 ½) and tackles for loss (16) last season, his fifth in the NFL after being the Steelers’ first-round pick in 2015. He played 2019 under the $9.2 million fifth-year option the Steelers exercised on him. The Steelers and Dupree have until a league-imposed July 15 deadline to come to terms on a longer-term contract.

Dupree’s signing eliminates the distraction that running back Le’Veon Bell caused within the Steelers two and three summers ago. When the Steelers tagged Bell in 2017, he sat out all offseason activities and training camp and did not sign the tender until the Monday before the regular season began. 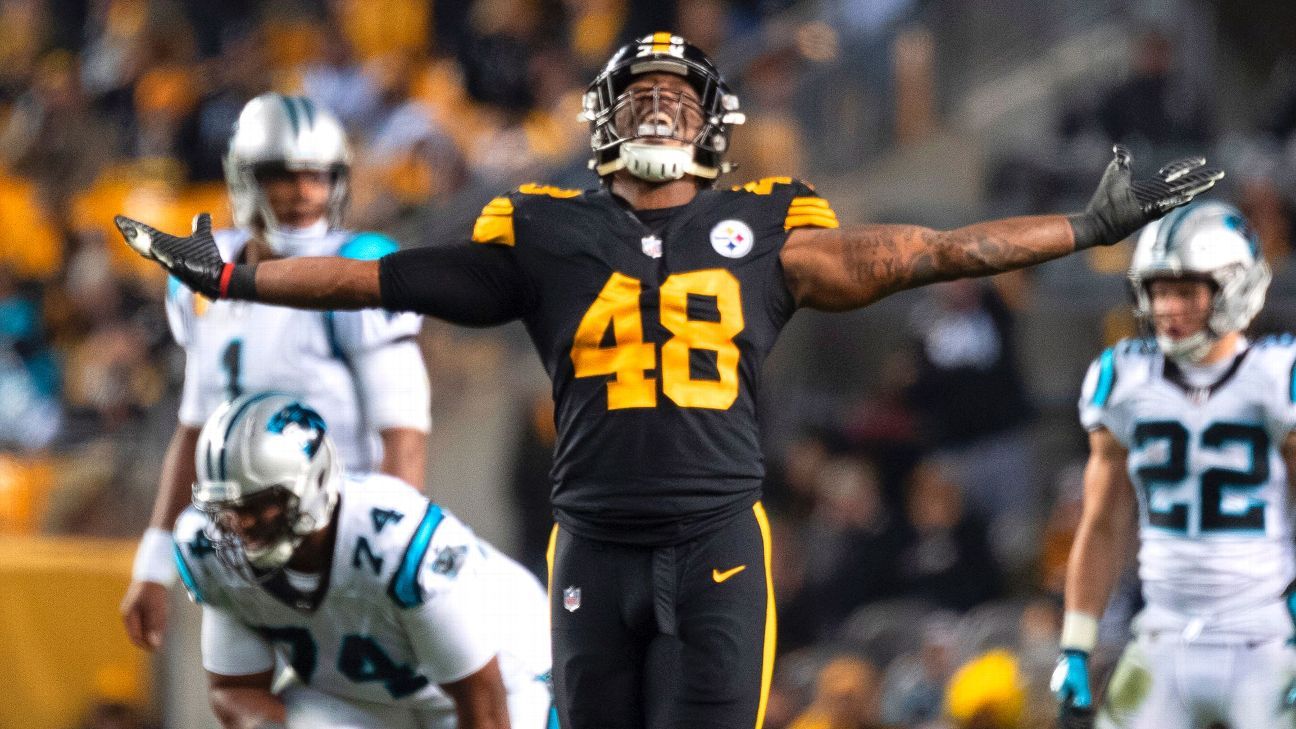